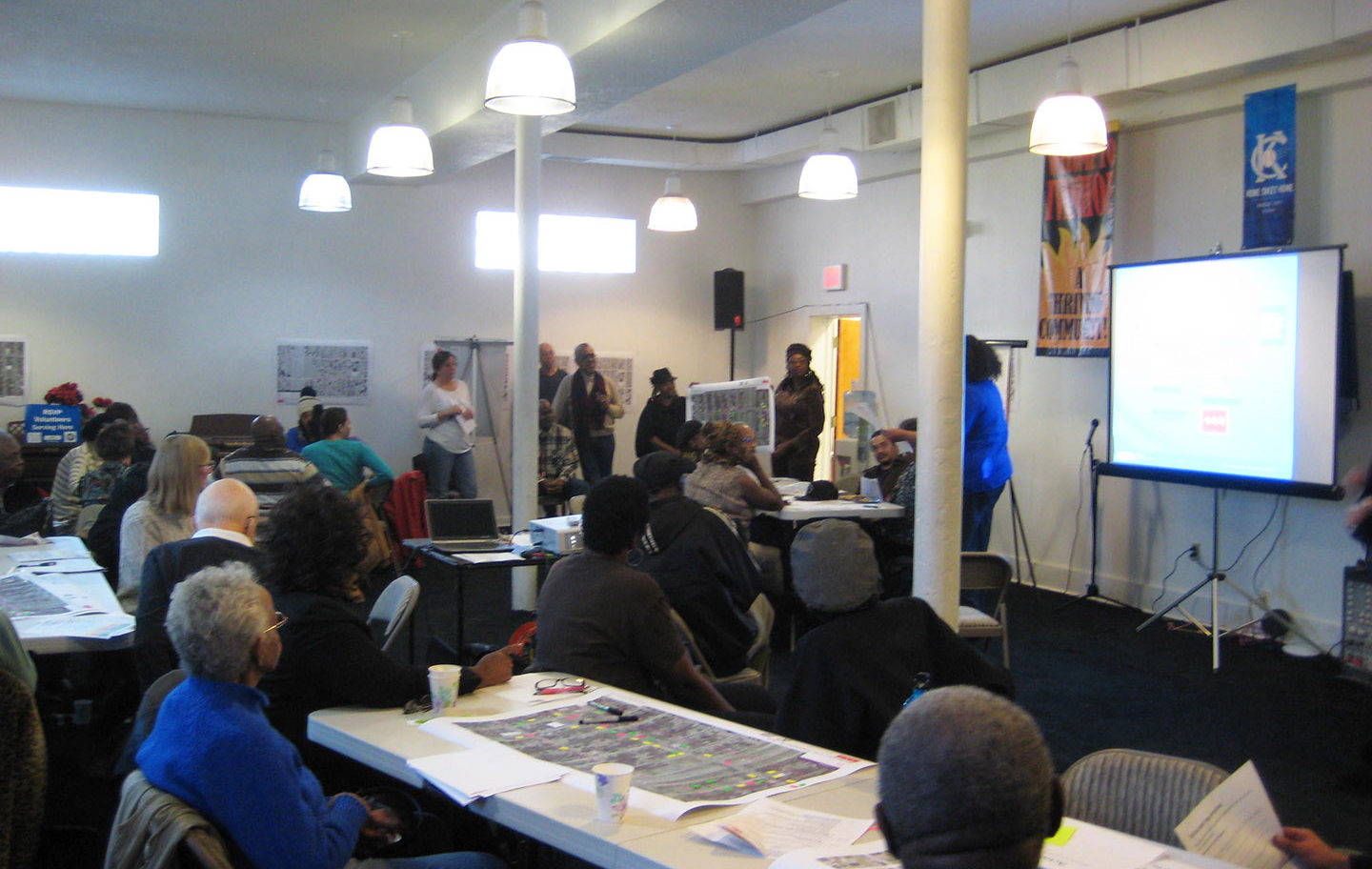 SGA, as a part of team with ICF International, is working with U.S. EPA Region 7 and the City of Kansas, MO’s City Planning & Development Department to develop conceptual plans for the redevelopment of the East 39th Street Corridor in Kansas City’s Ivanhoe Neighborhood.

The corridor and the surrounding neighborhood has experienced significant urban disinvestment and suffered badly after the 2008 economic decline. Due to years of diminished commercial economic activity and heighten mortgage defaults, there were nearly 700 vacant residential properties in the neighborhood, at its low point. Through efforts of community organizers, city agencies and other county, state and federal partners several redevelopment efforts have been ongoing, including the dismantling and re-purposing of nearly 200 residential structures and a full block of newly constructed housing. The Ivanhoe Neighborhood is now looking to expand its focus to include commercial mixed-use redevelopment along 39th Street. The EPA has been supporting the City’s efforts to perform environmental assessments and remediate multiple brownfield sites along the corridor. SGA is providing community planning and urban design services focused on creating a viable redevelopment strategy which includes public and private investment. A major emphasis of the effort is the development of an economically viable near-term mixed-use development project with a focus on the former brownfields. SGA led an interactive public visioning workshop with more than 60 residents and community leaders from the Ivanhoe Neighborhood in November, 2015 and anticipates unveiling the new vision for the corridor in the spring of 2016.