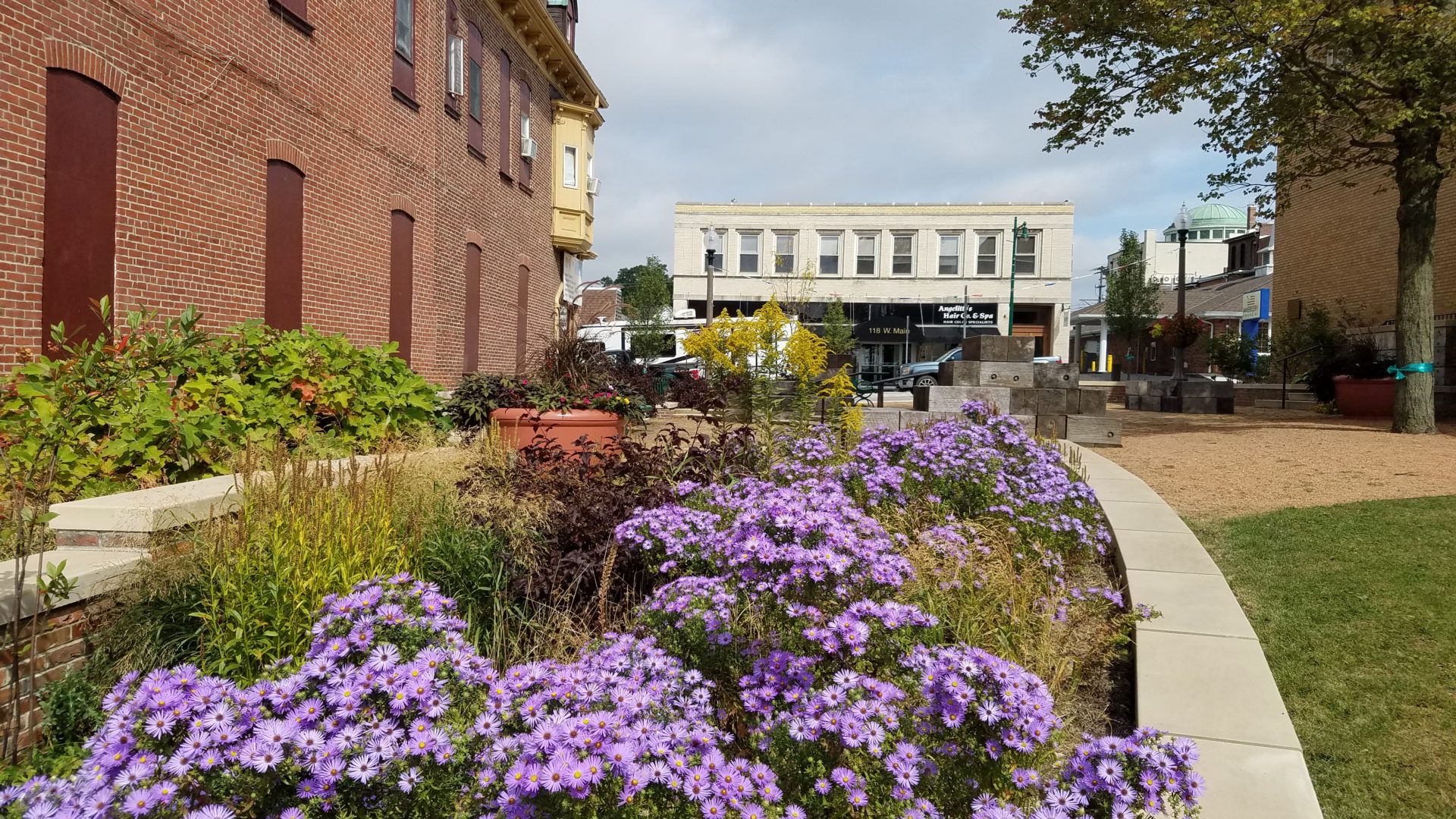 A brilliant lavender New England Aster displays vibrant color and contrast next to a warm Goldenrod in the central stormwater bioretention planter.

Trinity Park, Somerset’s first new park in decades, has recently revealed its brilliant fall color, providing intense contrast against the warm brick and neutral tones used on and near the site.

Trinity Park is the product of possibly the most successful community-led project ever in the history of the Borough with the first round of local matching funds being raised in ten days.  It has become a community destination anchor, offering four-season aesthetics and functionality.

The planning effort worked with Somerset Inc. to determine its programming needs and opportunities in order to design a park that could serve as a daily neighborhood amenity and also serve as venue for regular special events. The park is now a keystone element in the Uptown’s economic development activities. The park includes the first urban rain garden in Somerset County to aid in addressing the Borough’s stormwater management issues. It also includes paved areas using 100-year old brick from a former street in Connellsville, PA that was donated to the project. The seating walls throughout the park include bands of brick reclaimed from the historic church that once stood on the site and burned in 1965.